Call us today on 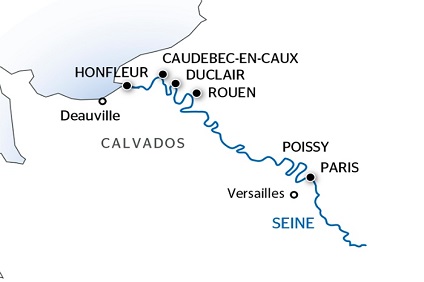 Prices are per person, twin share. When booking please check current cruise fare and inclusions. Prices are indicative only, subject to currency fluctuations and may change at any time without notice.

6 Night Cruise sailing from Honfleur to Paris aboard Botticelli.

6 Night Cruise sailing from Honfleur to Paris aboard Botticelli.

From Honfleur to Paris, sail along the Seine and discover the Côte Fleurie where you'll get to admire one of the pearls of Calvados and Basse-Normandie with exceptional architectural beauty, memory to the time when this little corner of France benefited from the fashion of sea bathing. You will be seduced by Honfleur, city of painters with its picturesque streets and its old port, and discover the charm as well as the sweetness of Normandy life!

Highlights of this cruise:

Honfleur
Honfleur is a sea and river port of call, located between the tidal Estuary of the Seine and the "Plateau d'Auge", France. It is a city rich in artistic and historic heritage with a picturesque port area characterized by slate-covered houses. Visitors to Honfleur gravitate towards the old centre, around the Vieux Bassin, and the Promenade. The church of St-Étienne nearby is now the Musée de la Marine.

The town's artistic past can be discovered in the Musée Eugène Boudin. Admission also gives you access to the detached belfry of the church of Ste-Catherine. Just down the hill, is Les Maisons Satie, the red-timbered house of the composer Erik Satie, born there in 1866. Inside is Normandy's most unusual and enjoyable museum.

Paris
Paris is the capital city of France and every year millions of people come to Paris to marvel at its beauty, savour its exceptional cuisine and indulge in its world-famous shopping. Known as the 'City of Light', Paris benefitted from a huge re modelling program that started in 1852 which gave rise to its current layout, boulevardes, gardens and parks.

Divided by the River Seine the City of Paris is relatively easy to enjoy on foot as many of the key landmarks are relatively close to each other. For the bolder tourist Paris now has the ‘Velib’ bike rental system which offers a very cheap and practical way to get around the city. 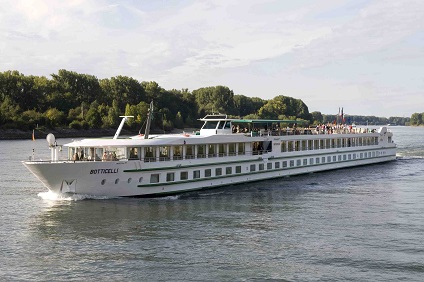 Itinerary may vary by sailing date and itineraries may be changed at the cruise lines discretion. Please check itinerary details at time of booking and before booking other travel services such as airline tickets.